Two sisters have been awarded £300,000 by the National Lottery despite their winning scratchcard being ripped in half while they celebrated.

Lucy Dixon, 46, of Chelmsley Wood, West Midlands, said it had been folded in her pocket and was torn when she jumped in the air with 38-year-old Annie.

The National Lottery said “a range of security checks” had to take place, but it was glad to be able to pay the sum.

Annie said they had been “lucky but unlucky” and “the wait was worth it”.

Lucy added: “She looked, we gazed at each other and then when we had realised we had won we started screaming and then jumping up in the air.” 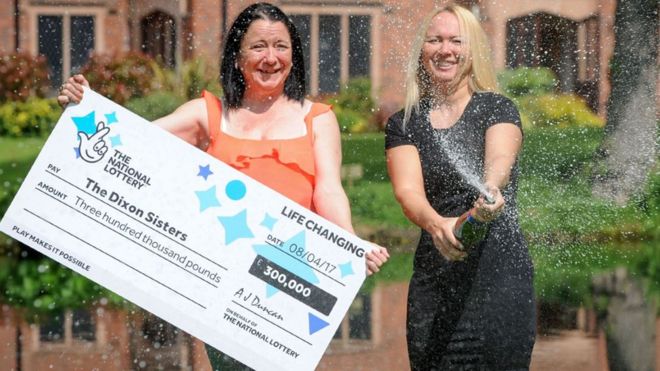 She said that night she slept with the ripped card bought from a Tesco Express in Castle Bromwich under her pillow and “spent most of the night waking up to check…. the scratchcard was still there safely hidden”.

Lottery operator Camelot said it had “a number of security procedures” to ensure “we are comfortable that both parts are from the same ticket, that it is a valid winning ticket and that the player is the rightful ticket-holder”.

It said it was rare to receive a ticket in two pieces and it sees “torn or folded tickets, or ones which have been written on, more often”.

A Camelot spokesperson said: “It is essential that we ensure we are paying the rightful ticket-holder, and in situations like this, it can take a little time for these investigations to take place.”

Lucy said she wanted to treat her family “to a holiday, maybe Spain” and added: “I don’t know about the rest.”

Mother-of-two Annie said she would go on holiday and have “an extra special celebration” for their parents who celebrate their 50th wedding anniversary.

She also said she had bought an Alfa Romeo that “just looks lovely”. 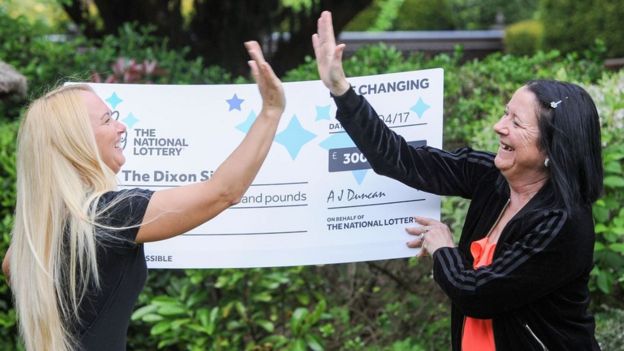